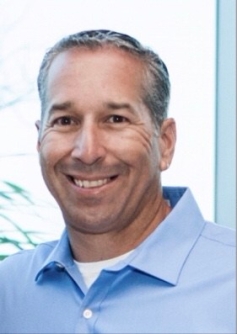 Over the past 5 years, Gordon has been in the College Planning Industry. In conjunction with the Ketterman College Funding,  he helps find students placement for academic acceleration, while helping families minimize their out of pocket expenses. On average,  families nationwide save between $40K-$80K on a four-year education.

Gordon Sanchez is a former professional baseball player with the New York Yankees organization from 1992-96. As a catcher, he was fortunate enough to be able to catch such greats as Mariano Rivera, Andy Pettitte, Jim Abbott, Sterling Hitchcock and even had a chance to play catch with Hall of Famer Whitey Ford! While playing with New York he had a chance to play with, and learn from players such as Don Mattingly, Wade Boggs, Derek Jeter, Bernie Williams, Paul O’Neill and many more.

Gordon is a graduate of San Marcos HS in the San Diego area, where he was a 10th round draft pick of the Chicago Cubs. He also had scholarship offers to attend Long Beach St., Loyola Marymount, University of Arkansas and the University of Hawaii. Gordon chose to attend Long Beach State on a full ride scholarship where he played under college coaching legend Dave Snow, as well as other coaching greats Bill Geivett, Dave Malpass and Wally Kincaid. He was also a member of the 1991 College World Series team.

Gordon’s professional career came to an end after the 1996 season. At that time he started coaching youth travel ball, while also offering private pitching, hitting and catching instruction. In 2005, he was hired by the Boys & Girls Club of Vista to construct and manage a baseball program. While there he had approximately 125 youth players in training, playing in local leagues and in tournaments throughout Southern California. In 2006, he started coaching high school baseball at Carlsbad HS and currently at Misson Hills HS, both located in Southern California.